Marios Kavouridis, KSM Human Resources’ CEO, was born in 1984 in Athens. He graduated from the School of Physical Education and Sports Science of University of Athens and until then he was a professional football player. His career path changed when he began working in Sales and with his athlete’s personality he created a great combination of skills!

He started as an Insurance Agent in one of the largest insurance companies in the world and then he continued his career to commercial companies, where he took on the role of Sales Manager with great success and significant results. In 2014 he took the charge of KSM HR and until today he has proceeded with a radical re-branding of the company which has resulted to KSM HR being the No. 1 Greek company for Human Resources Services. 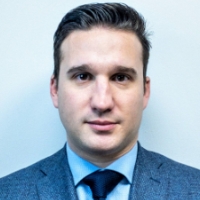